by Ron Margulies in Istanbul

The real winner was the Peoples' Democracy Party (HDP), created by the Kurdish movement. It got 13.3 percent and smashed through the 10 percent threshold designed to keep such parties out. Had HDP not done so, the 80 seats it won would have gone to AKP, the second party in all of those constituencies.

HDP's brilliant success ensured that Kurds are represented in parliament. It also put an end to the government's gradual slide towards authoritarian and corrupt politics.

The government's woes started two years ago. A movement similar to Occupy Wall Street or the Indignados in Spain occupied Gezi Park in central Istanbul and remained in control for two weeks.

As solidarity demonstrations spread throughout Turkey, the government unleashed brutal police violence. It ended with eight dead and hundreds seriously injured. Even AKP supporters were shocked.

Some months later allegations of ministerial corruption emerged, involving shocking sums of money. The government's response was to wreak havoc in the judicial system. It sacked and arrested prosecutors and judges, and cleared all ­ministers of wrongdoing in a parliamentary vote which it was always going to win.

The third blow came when a very avoidable mining disaster killed 300 miners last year. As miners elsewhere staged spontaneous walkouts, ministers' utter lack of sympathy for the families of the dead was clear for all to see.

The government had no intention of doing anything about the worthless health and safety laws.

AKP's success was based on a sense of wellbeing in the country. This was engendered by political stability, economic good fortune that allowed Turkey to avoid the worst of the world crisis, and the peace process with the Kurdish movement.

But since Gezi Park the sense of wellbeing has been replaced by general unease. The economy has been slowing down. A growing workers' movement has started to flex its muscles.

The Kurdish peace process has lost momentum as the government has dragged its feet in fear of losing votes to Turkish nationalism. And most of all, the government's authoritarian and brutal response to any sign of discontent has finally turned away many of its own supporters. 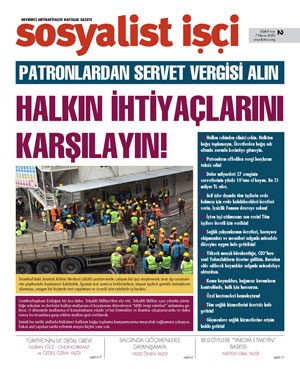