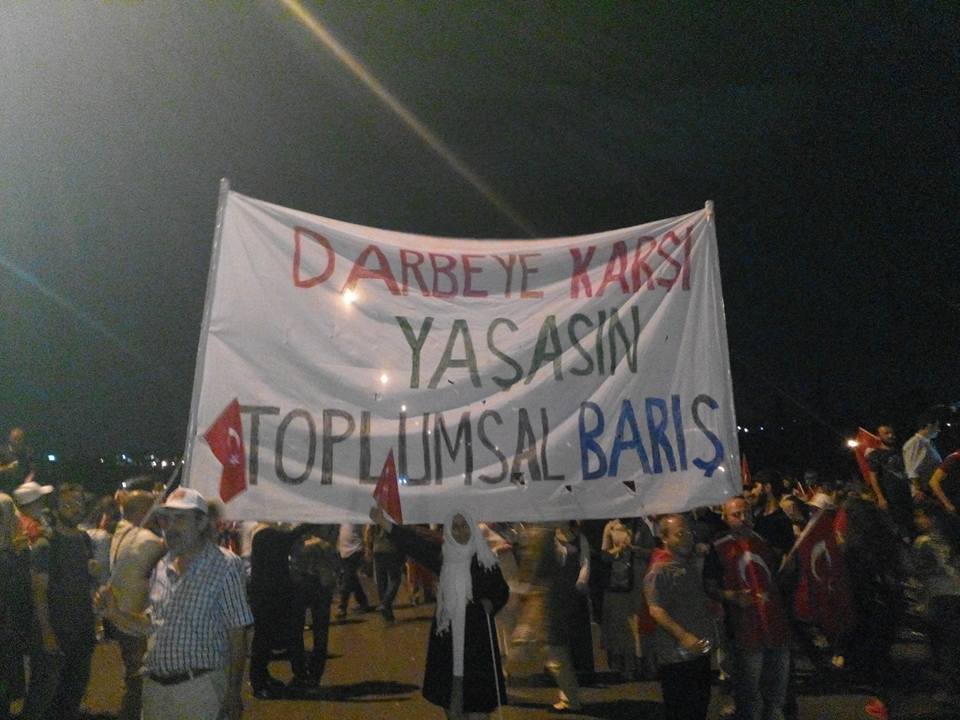 Just as these days terms like “civil fascism”, “military fascism”, “colonial-type fascism”, “Islamofascism” and “open fascism” are often being used, so to about coups we hear “civil coup”, “Islamic coup” and “palace coup”.

This is not the reality.

Democracy and parliament as a platform for democracy is the expression and achievement of the struggle of the oppressed and of an ongoing struggle from below for rights. While the struggle from below pushes for a reduction of the limitations to demoracy, the right wing and ruling bourgeois class, the racist or centre-right parties and even social democratic parties push to narrow the range of democracy. The extent of struggle from below and its ability to make its achievements permanent, can decrease ruling class pressure. But a military coup is something totally different. Had the coup succeeded, struggling against it would have been like struggling with hands and feet chained, with eyes and mouths taped.

There is a radical difference between a political space in the hands of armed forces and a political space controlled by the power won in elections. While in the latter it is possible to win back the rank and file, to defeat politically, to outmaneouver with social dynamics, to pull off demands, to win, with a military in power they are able to abolish mass resistence by suppressing ideas, protests, the freedom of expression and organisation in all spaces. They would implement a temporary ban on all the organisations that continue to fight for rights.

What does this mean? This means that on 15 July the struggle did not pivot between two coups. On 15 July, the putschists attacked people elected by popular vote, and even though they have authoritarian tendencies, are forcing through a presidential system and are wearing away democratic practices, Parliament and the democratic mechanisms needed to be protected. They killed people who resisted the coup to enforce their choice.

What we are facing is not two different coups.

Only one coup was carried out on 15 July. It is very important that this coup was defeated. It is very important to try to influence the movement that defeated the coup. It is crucial to oppose the coup, to connect with the masses who came out against the coup, to advance and organise the movements that will affect them in order to totally defeat coups and to resist authoritarian tendencies, to resist extension of the limitations of democracy, to ensure a return to the peace process, and to reduce the size of support for authoritarian tendencies.

In order to prevent coups, to take radical steps that will change all the structures of the education system, the political space and the state that produces putschists, we have to struggle shoulder to shoulder against every single coup. In such a fight we can push back the authoritarian tendencies and the state of emergency.

(Translated to English by Carol Williams)