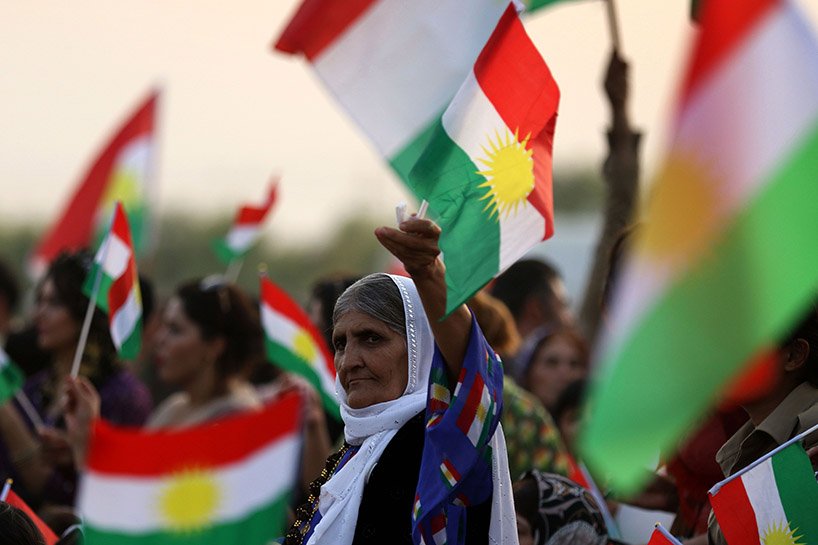 The Revolutionary Socialist Worker Party in Turkey (DSİP) issued a statement on the independence referendum and the Resolution on the matter which was to be discussed by the Turkish Parliament:

"Despite the diversity, power and and well known deterrence skills of the opponents of the referendum, Mesud Barzani, leader of the Iraq Regional Kurdish Regime, is determined to hold the independence referendum on 25 September.

Almost all the major powers in the world and the region are against the referendum!

The US is against, because it does want the delicate balances in Iraq to be upset before the 2018 Iraqi elections and it wants no distractions from the fight against ISIS.

Iran is against the referendum because it does not want the Iraqi Government to be weakened.

The Syrian regime is also clearly against the referendum.

While France declared the referendum to be ‘inconvenient’, Germany opposed the referandum and said that it is for the territorial integrity of Iraq.

Britain is against the referendum and said that “the referendum risks increasing instability in the region and it is the fight against ISIS which needs to be focused on”.

The harshest move about the referendum came from the Central Iraqi Government. The Iraqi Supreme Court ruled to suspend the referendum.

Turkey has also made it clear that it is against the referandum by making sometimes moderate and sometimes harsh statements and finally deciding on a harsh stance. A National Security Council meeting was called and parliament was convened for an emergency meeting on 23 September. President Erdoğan made a statement before a meeting of the United Nations General Council and said that the National Security Council meeting was to be held one day early, on 22 September. He also the Iraqi Regional Regime will be shown how determined Turkey is. The Resolution which will no doubt be passed by the Turkish parliament will give the government the green light for military intervention in Iraq.

The Gulf states remained silent about the referendum for a long time but Saudi Arabia called Barzani on 20 September to ask him tostop the referandum. The only state which supports the referandum is Israel.

Whatever their different reasons for opposing the referendum, all these countries are trying to prevent the Kurds of Northern Iraq from determining their own fate. All the global and regional powers believe that they have the power to determine the fate of the people living in the region.

Among these countries Turkey is the only one which sees the referendum as a cause of war and reduces it to a matter of survival for the Turkish state.

The referendum is an issue which can only be decided by the Kurds of Northern Iraq. Where do other countries find the right to talk about the referendum in Iraq as if it is a municipal election happening within their own borders? Why should the political choice of Iraqi Kurds be a matter of interest for countries such as Turkey, Germany, the USA?

Turkey must extend its hand of friendship to the Kurds. Friendship rather than a war-mongering Resolution, democratic dialogue rather than military intervention must be prefered by Turkey and the will of the people must be treated with respect.

The end of the conflict and the foundation of peace, democracy and justice in the Middle East cannot come through intervention by the imperialist powers. It can only do so through the joint struggle of the people of the region.